10 Years of activity: on March 7, 2007, the “Shoval” (Heron 1) UAV joined the IAF and took the UAV division a step forward. Since then it has taken a central role and active part in Israel’s recent military operations and performed various missions.

It performs a large variety of missions such as reconnaissance, location of MIA (Missing In Action) and other operations the UAV division leads in due to its unique characteristics. “We work around the clock”, emphasized Lt. Col. Arik, Commander of the “First UAV” Squadron. “We perform missions from the strategic level to the routine security level”.

The “Shoval” can stay in the air for up to 30 hours, an ability that allows it to fly to far places or alternatively fly over a target for long periods of time for the purpose of intelligence gathering. Its single engine is considered especially trustworthy and is characterized by silent activity which contributes to its quiet flight, a clear need when dealing with long range or intelligence missions in which low signature is critical for the success of the mission. 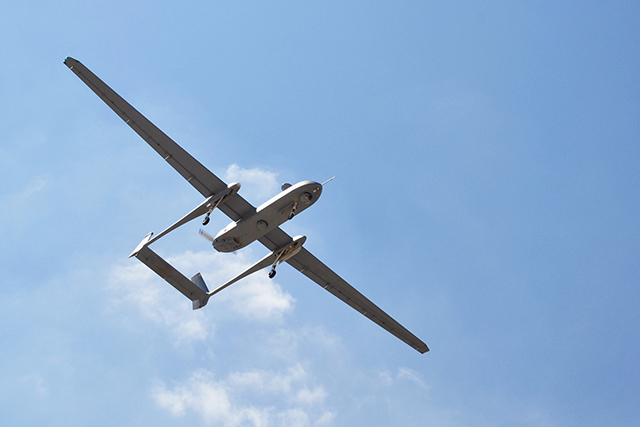 A Critical Contribution to National Security

When the “Shoval” was integrated, the IAF operated two UAVs: Hermes 450 and “White Star” (Searcher 2). The capabilities that the new UAV brought to the IAF, some of which are classified to this day, gave the IAF new operational options in far arenas without risking lives.

Even before the official integration, the squadron operates the “Shoval” in cooperation with the Israeli Aerospace Industries. In June 2006, when an IDF soldier was taken captive by the Hamas, the UAV squadrons operated in full force and the “Shoval” joined the search for the captured soldier. A month later, the Second Lebanon War broke out and the squadron was already in combat mode which included comprehensive reserve draft.

The division’s contribution to the war was so crucial, that a few days later, the need to operate another “Shoval” came up. The squadron’s administration office was vacated and with the help of the technical department quickly became a mission station. 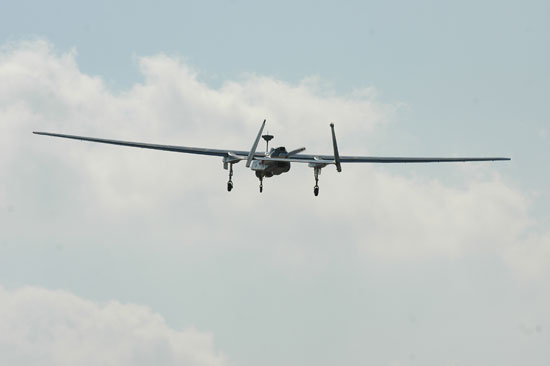 Today, following the retirement of the “Shachaf” (Sea Scan) from operational service in the IAF, the “Shoval” remains solely responsible for aerial supervision of Israel’s naval arena. “We feel that the responsibility is heavy because it rests on our shoulders alone. For this purpose, the IAF and IN invested resources in order to acquire additional ‘Shoval’ UAVs”, shared Lt. Col. Arik. Said UAVs undergo various adjustments such as installation of a designated radar and in Palmahim AFB, Navy personnel enter the mission stations and join forces with the operators.

In addition, the squadron is currently undergoing a complex process of integrating automatic takeoff and landing capabilities that will replace the external operators who are responsible for taking off and landing the aircraft from their stations adjacent to the runways. The process is being carried out in cooperation with the Flight Test Squadron, which is performing relevant tests in order to reach operational preparedness this year. “Our intention is to integrate the capability in two stages”, shared Lt. Col. Arik. “Begin with the ability to automatically taxi to the runway and then integrate automatic takeoff and landing capabilities”. 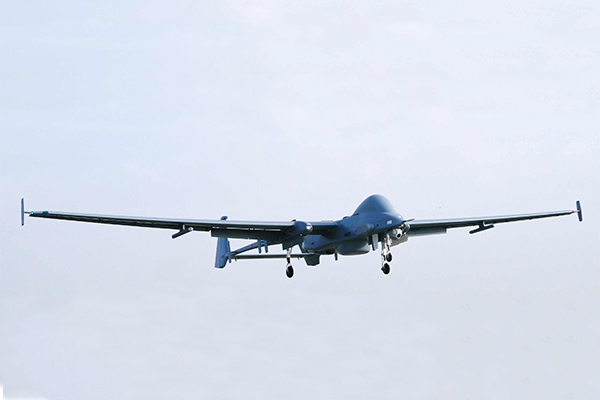